So much software… so much to learn… so worth it.

As my software development degree implies, I like software.  Preferably using software above writing software, but I can do both.  Of the various career paths that I am considering and pursuing is the market of web content writing.  For those who are not aware of what web content writing is, it is writing content that is viewed via the web.  Essentially, it is website creation in the technical sense as well as writing the sentences and paragraphs that are read by the typical web-surfer.

In the field of web content and media, it is expected that one is proficient in a wide variety of software, specifically in the Adobe suite.  As I am venturing into this field, I am learning that these programs are necessary in order to be successful… or even hired in the first place.  As a result, I am in the process of teaching myself most of these programs.  I have dabbled in off-brand versions of Photoshop and Dreamweaver, as well as other software.  However, I am teaching myself the actual product.  In addition, I am researching various plugins for WordPress that will also make me a better web developer.  Like I mentioned in my previous blog post, knowing products like Photoshop is a powerful skill.  It shows you can be creative in a business setting, which is valuable in the business environment outside of the web content realm. 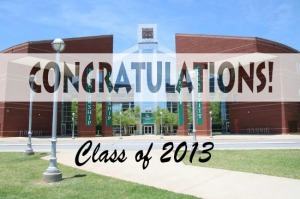 One of my Photoshop projects. Not too shabby if I don’t say so myself.

As I continue to delve into these programs, I plan to make a series of posts dedicated to noting my experiences with the products.  These posts will note the connections between the software with other software that I have used as well as other observations.  This is an exciting adventure because I enjoy learning new things… especially things that will end up being exceptionally useful to me.   Look forward to Blair’s adventures in software.

May The Job Hunt… BEGIN!

On May 17th, I completed the drawn-out journey known as a college career.  I am the first Georgia Gwinnett College student to complete  a double degree, a feat mixed in with numerous feats and bits of history to make the Spring 2013 commencement ceremony stand out.  Now comes the ominous task of finding a job, specifically one that utilizes both my degrees in some capacity.

My preferred areas of occupation are journalism, web content writing, usability testing, social media, public relations, marketing, and technical writing.  However, finding a job in these fields is not an easy task.  The job market is slim in general, so it does not help that these fields are also very competitive.  Here is a list of various tidbits that I have found out during my job search:

While my job hunt has just begun, I know it will be tough.  I will have to compete to show why I’m the best candidate.  However, I also know that with two degrees, I am in good shape to get a job somewhere.  I have technical skills that many would kill for.   I would like a writing job if at all possible.  Though, I know that I have to pay my dues somewhere.  This journey will be an exciting one.

Now, this is not a change that changes the layout of the profile or homepage, nor a change that reveals too much information, but Facebook is supposedly doing us all a favor by giving the us our very own email address.  How thoughtful.

According to the AJC article I read, the point of the address is for non-Facebook users to use it to send emails to your Facebook account in the form of Facebook messages.  In the same article, it mentions that “Facebook can keep its already-captive audience even more captive”.  The point is that Facebook wants more communication through it, so it can customize more advertisements or just regain any supposed loss of popularity.

Most of the folks who complain about it don’t like that Facebook finagled with their account by hiding whatever email they had previously entered.  Plus, they aren’t too fond of Facebook messing around with anything that is private on their accounts or through messages.

Can’t they give us something even the slightest more entertaining?

Now, I don’t have a beef with the address.  I just think it is unnecessary.  The address is not made up of easy-to-remember words, one’s name, or even something silly as “sexii_girl2009”.  Instead, the email is a random group of numbers.  I don’t even know mine without looking at the number, so what makes Facebook think that I’ll remember it in normal conversation?  It would be so much easier to give a classmate or future connection my Gmail or Yahoo emails because I can remember them easier, as well as the fact it is tougher to mess up (unless the Gmail address has funky syntax in it).

I think Facebook is starting to show signs of decline, and the email addresses are a sign.  I know numerous people who have ditched Facebook because of privacy reasons, drama, or they actually have a life so they don’t need Facebook as much.  I, for one, do not have a life, so I’m more reliant on the social network.  Still, I think that Facebook is recognizing that more people are deactivating their accounts for this thing called, “the real world”.  Why not pull everything in so that it is connected to Facebook… even email.

I’m not gonna lie, it seems rather clingy to me.

Some people look at social media as merely a distraction that stifles productivity.  Being a college student, I can attest to the idea that facebook, YouTube, Tumblr, and other social media sites can keep my attention from my tasks.  That being said, there are ways that one can utilize social media to eventually make connections to make one’s self known.

Twitter is usually viewed as the social network where you follow popular singers, baseball players, and actors.  However, you might be ever so lucky to converse enough to, maybe, get them to add you back.  Ok, let’s be realistic: I don’t think I can get my favorite Atlanta Braves players to start following me.  However, if you have been paying attention to my Twitter, you will notice that I have a lot of Braves updates and commentary on there.  In fact, I was asked by a friend if I worked for the Braves or something because I had Braves info all over my account.  I have posted and retweeted updates from GameConnect, a game tracker sponsored by Fox Sport South that also connects to Twitter updates regarding Braves or the opposing team.  As a result of my postings and updates, I have gotten followers that are in the sports media industry.  One fruit of this is the fact that SportSouth read my tweet on the air after a recent game.

Ultimately, I’m starting to buzz a little bit when it comes to commentary on Twitter.  It’s only a little buzz, but something is happening.  Perhaps these are some connections that can help me in the long run.  I have been told that connections mean everything in the job market, more so than achievements or grades, so any way that media producers hear (er, read) my name, the better my chances on getting a job to my liking.  While Twitter may not directly lead me to anything productive, it is a start.  A fun start where I can bicker, complain, cheer, and comment on my favorite team in the Major Leagues.

What Do YOU Want to See? 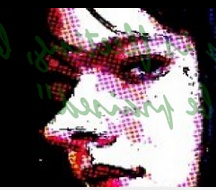 As I explore more and more with WordPress, I would like to build my site more. However, the problem with this is that I don’t know what else to add. So, I turn the task to you, my amazing, insightful readers, to suggest what pages or features to add to my site that would A) make my site more interesting beyond the homepage, and B) increase my skills in website building. The more input the better (preferably in the comments section of this post). So, suggest away!

Also, content ideas would also be helpful.  If you have some ideas or topics for the site, also discuss them in the comments section.  I’d like some inspiration and know what you all want to read.  Of course, I will stick to my usual double-degree/both-sides-of-brain/writing/technology niche, but extra input would be lovely.

Here’s what I have so far for widgets/features for my site (for a reference):

Overall, I would like to figure out how to expand and stretch myself as a blogger/web designer.  The more I work, the more experience and skills I acquire.  AKA, the more fun stuff I can add to my repertoire!